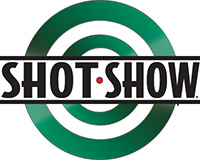 Registration is now open for SHOT Show 2022 in Las Vegas, Nevada January 18-21. The Shooting, Hunting and Outdoor Trade ShowSM (SHOT Show®) is the largest and most comprehensive trade show for all professionals involved with the shooting sports, hunting and law enforcement industries. It is the world’s premier exposition of combined firearms, ammunition, law enforcement, cutlery, outdoor apparel, optics and related products and services. The SHOT Show attracts buyers from all 50 states and more than 100 countries. | More Information

NRF Economist: Consumers are ‘Spending Because They Can’ Headed into Holiday Season

The impact of the pandemic on the nation’s economy will be a key factor in retail sales during the 2021 holiday season; however, the National Retail Federation is confident in its forecast for record growth. The November issue of NRF’s Monthly Economic Review expanded on the reasoning behind NRF’s forecast that 2021 holiday sales during November and December will grow between 8.5 – 10.5 percent over 2020, and even at the low end of the forecast that would be the largest growth rate. Consumers have mainly stayed at home rather than dining out or traveling during the pandemic which has ‘supercharged’ spending. Secondly, income is growing in the form of more jobs, more hours and higher wages reflecting businesses’ competition for workers during the current labor shortage. Household wealth hit another record high during the second quarter of the year and has boosted consumer confidence | More Information

Be a Part of “Toy Safety Awareness Month” This November! 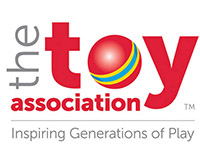 The Toy Association launched its first-ever “Toy Safety Awareness Month” November 1 and is encouraging the entire toy community to get involved by sharing safety tips with parents and caregivers in the lead up to the holidays. Using #ToySafetyAwarenessMonth, #PlaySafe and #ToySafety on Facebook, Twitter, and LinkedIn, The Toy Association will be spreading the word about safe toy shopping, safe product selection (including how to avoid counterfeit toys), and safe play at home. | More Information

In an effort to improve cargo movement amid congestion and record volume, the ports of Long Beach and Los Angeles will begin assessing a surcharge to ocean carriers for import containers that dwell in marine terminals. Under the new policy, the ports will charge ocean carriers for each container that falls into one of two categories. In the case of containers scheduled to move by truck, ocean carriers will be charged for every container dwelling for nine days or more. For containers moving by rail, ocean carriers will be charged if the container has dwelled for three days or more. Beginning November 1, the ports will charge ocean carriers with cargo in those two categories $100 per container, increasing in $100 increments per container per day. Before the pandemic-induced import surge began in mid-2020, on average, containers for local delivery sat on container terminals under four days, while containers destined for trains dwelled less than two days. Those numbers have increased significantly, making it difficult to clear cargo off the terminals and bring in ships at anchor. Fees collected from dwelling cargo will be re-invested by the two ports for programs designed to enhance efficiency, accelerate cargo velocity and address congestion impacts throughout the San Pedro Bay. | More Information

Holiday spending has the potential to shatter previous records, as the National Retail Federation forecast that holiday sales during November and December will grow between 8.5 percent and 10.5 percent over 2020 to between $843.4 billion and $859 billion. The numbers, which exclude automobile dealers, gasoline stations and restaurants, compare with a previous high of 8.2 percent in 2020 to $777.3 billion and an average increase of 4.4 percent over the past five years. | More Information