The total economic impact of the firearm and annumition industry in the United States increased from $19.1 billion in 2008 to $63.5 billion in 2020, a 232 percent increase, while the total number of full-time equivalent jobs rose from approximately 166,000 to over 342,330, a 106 percent increase in that period, according to a report released by the National Shooting Sports Foundation. | More Information

“January’s retail sales numbers reflect a very strong start for consumers and retailers as we look ahead to a critical year curbing the global pandemic and strengthening our economic recovery,” NRF President and CEO Matthew Shay said. “Consumers and the economy as a whole remain in good shape despite unprecedented adversity over the past year, and congressional action has been a lifeline for households and businesses disproportionately impacted by the pandemic. The U.S. Census Bureau today said overall retail sales in January were up 5.3 percent seasonally adjusted from December and up 7.4 percent year-over-year. That compares with a monthly drop of 1 percent but a yearly gain of 2.5 percent in December.” | MORE INFORMATION

With the pandemic continueing to limit children’s social interationcs with friends and family, new research, commissioned by The Genius of Play and conducted by OnePoll revealed seven out of 10 parents are concerned COVID-19 will have a lasting impact on their children’s social and emotional growth and development. 72% of surveyers said they believed during 2020 their child was lonier than ever before. With mental health continuing to remain a focus both for their children and themselves, the survey showed many parents have taken active steps to help their children combat these feelings of isolation through play. | MORE INFORMATION 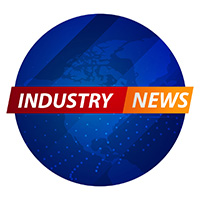 Earlier this month the National Hardware Show announced new dates for the 2021 show. Moving it from May to October 21-23, 2021. |  https://www.nationalhardwareshow.com/en-us.html

Outdoor Retailer announced on February 23 that it would be shifting it’s summer trade show from June to August 10-12, 2021 and remain at the Colorado Convention Center in Denver, CO. The date change was made to facilitate a safe and successful in-person event. |  https://sgbonline.com/outdoor-retailer-shifts-summer-2021-trade-show-to-august-10-12/